Many people made accusations that banks do not have enough money with them, and under the fractional reserve banking system, banks are only keeping less than 10% of all deposits, in cash, as reserve. Why is this so? Can the bank keep higher? Surely they could, but how much is the right amount?

In this presentation video, we will show you how a bank facilitates trade between two individuals, and do it repeatedly. As you go through the presentation, you will be able to see that the focus is really on the actual wealth itself (the assets) and not the cash (money). 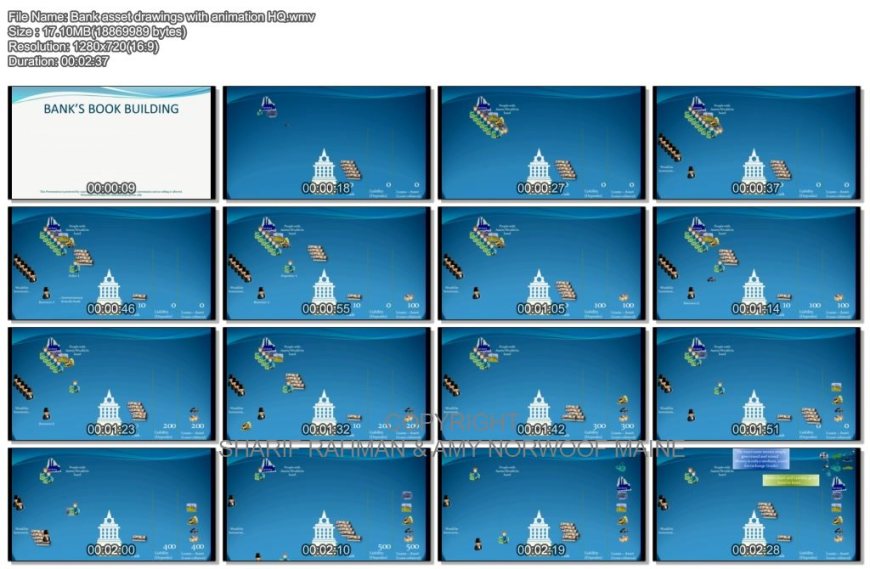 In the presentation, whenever an individual would like to purchase an asset, be it a house, a car or a factory, he will demand money from the bank for facilitating the trade. Once the asset is obtained and the seller is paid, the asset is charged to the bank, so it is owned by the bank, until it is paid off. The cycle repeats and there are many borrowers, and of course, many asset owners. In our example, we only show roughly a half trade, because the seller may want to buy other things from another person, and use his cash accordingly.

Assets of the bank continues to grow and grow, to the brim and spilt over in fact. There are so much wealth, it depends on the performance of the economic participants in the economy. They are the ones who created all the wealth. The bank simply facilitate trades between them. Cash is merely a tool, used for trades. The deposits of the depositors are not backed by cash, but by the assets obtained by the bank. As long as a bank has more assets than liabilities, the bank would be fine.

During an extreme circumstances, during a bank run for example, cash will be depleted from the bank. What a cash strapped, but asset heavy bank got to do? Simple, it must sell of its assets in order to obtain cash. However during a bank run, the bank has little time to sell thousands of assets, and this is where the central bank is needed. It will purchase those assets and provide the bank with cash at the same time (typically at market value). The central bank does not simply give money away, it is exchanged with real assets. The bank would then be able to continue to function and would stay solvent the whole time.