If a company is selling 100% of its products and services within America’s borders, then any change to America’s economy would impact its sales, 100%. So, if the economy and the income of the economic participants declined by 3%, the company would experience a similar drop of 3% as well (if this is an ideal and one to one scenario). However, if the company derived a full 50% of its revenue overseas, the impact of the revenue decline in the US would only affect its overall revenue accordingly, that is, only the 50% portion of its revenue that is made in the US. The impact on the company won’t be that significant anymore, and it would appear as if the company is not affected much by the economic recession right at home in America.

If a company derives 65% of its revenue overseas, the difference can be very striking. The economy of the US can be in a recession, but the company sales and profits, and therefore its shares in the stock market, can zoom ahead leaving everyone wondering what is happening to the share market (is it a bubble yet again?).

Despite the large and deep recession at home, the company would not feel a “thing”, and would even still register a large sales increase. The typical Joe would be wondering what is going on and why this large Dow30 company continues on a roll. Some may even wonder if the government is bailing the company out so that they can make a big fortune!

So for the four DJIA component companies that are earning 60% or more of their revenue from overseas, the decline in the economy of the US would not reduce their revenues and profits; instead they would still be able to post a healthy revenue and profit growth. This very fact can in turn fuel the DJIA index to go up further, as these companies can continue to pay higher dividends than ever before. 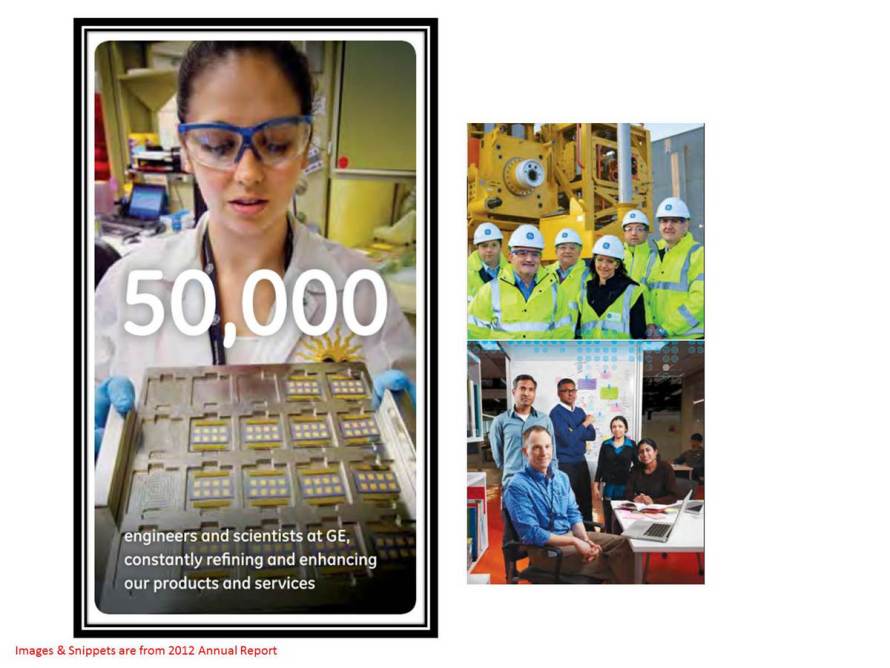 Yes, that’s right, a lot of engineers and scientists, working hard for a better future.

How does GE works? 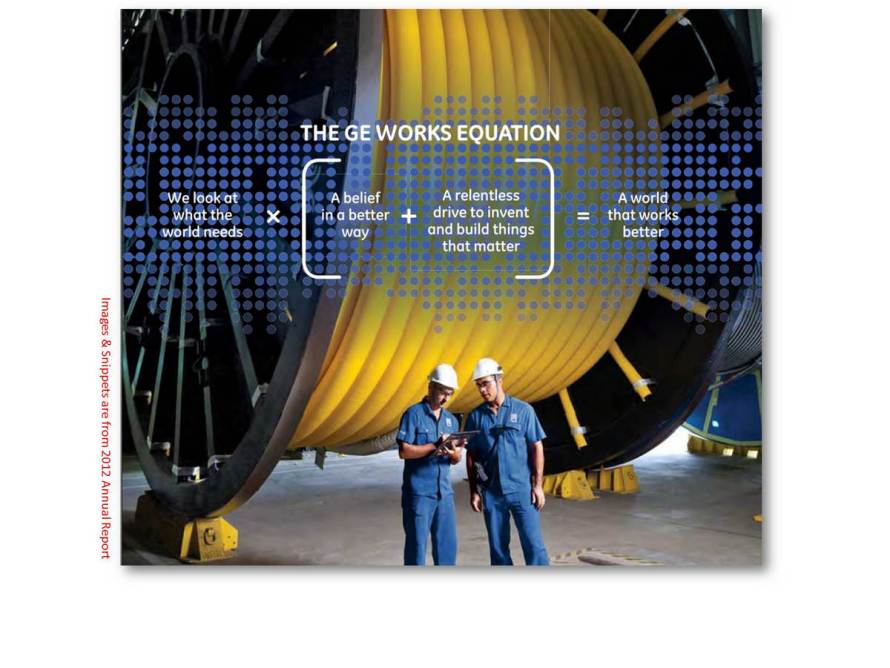 Good principle indeed.
In fact, they won many awards for continuously being a great company and doing their best. 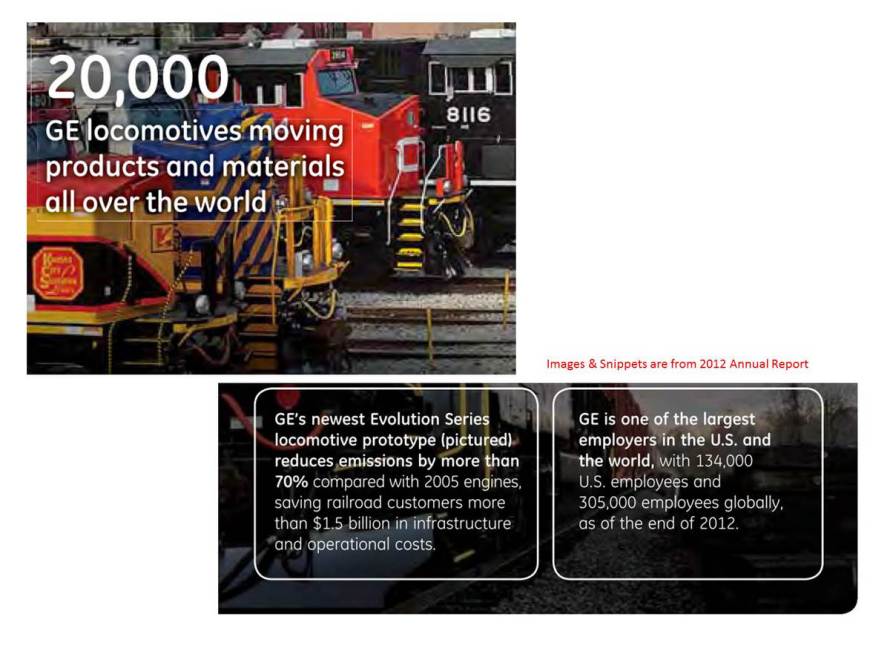 And they continue to have a vision, and a mission. 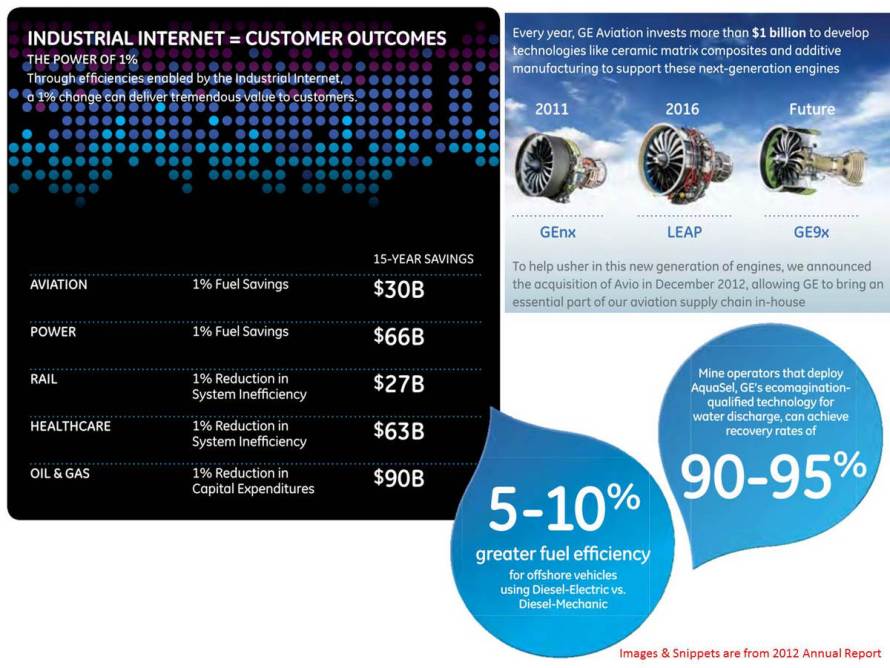 Great vision of the future and beliefs, not like those doom and gloom club people who always scare the hell out of everyone else.

But just how “American” is GE? Let’s take a look at the revenue breakdown: 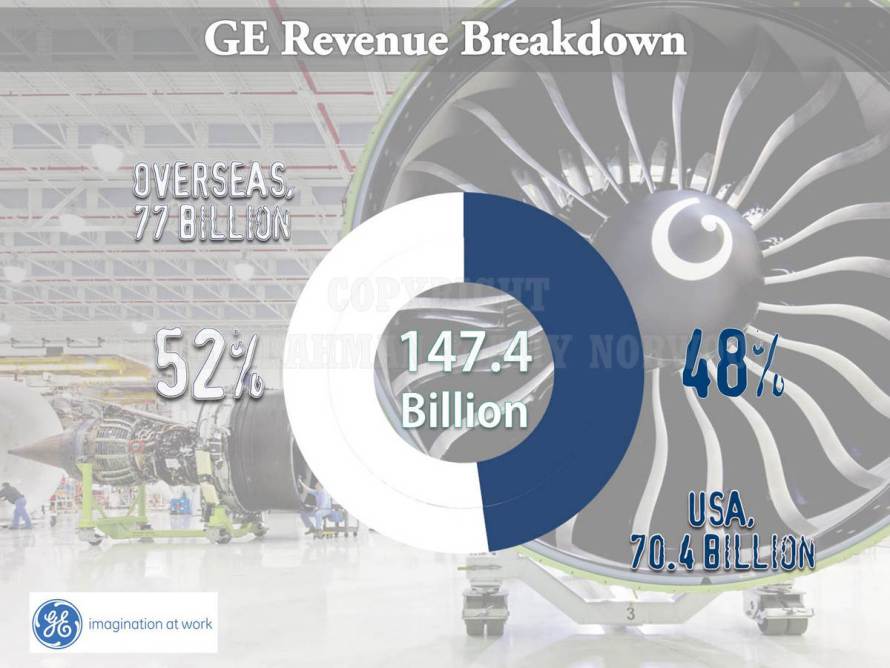 Only 48% of its revenue is from America, therefore GE is no longer just an American company.
If you think GE’s 148 billion dollars of revenue is big, well, think again. The next company we will take a look is more than twice the size of GE. What? Two GEs? Yes, that’s right. Two. Actually, more than that. This next company is ExxonMobil. 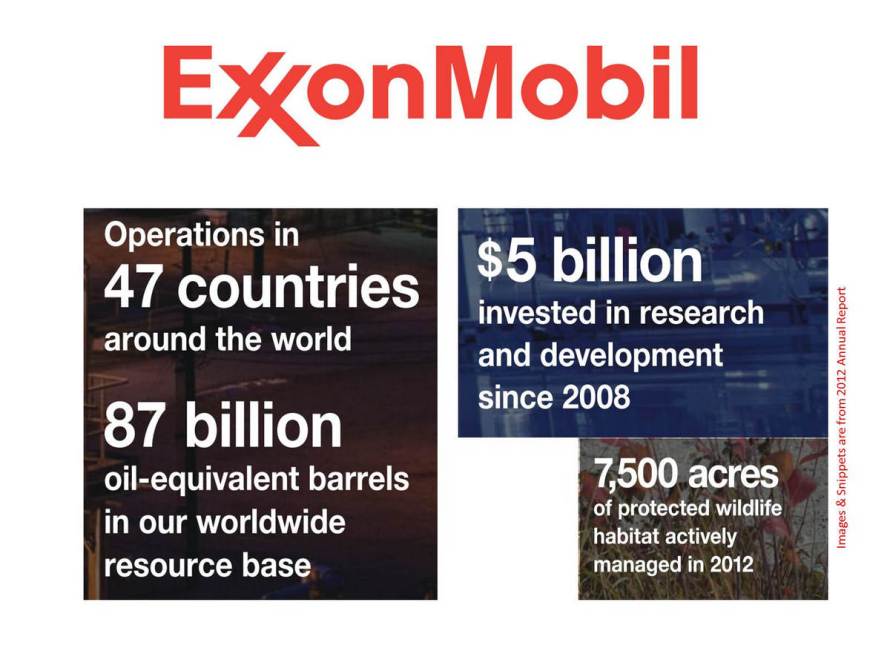 Just how much is its revenue and the breakdown? Let’s take a look. 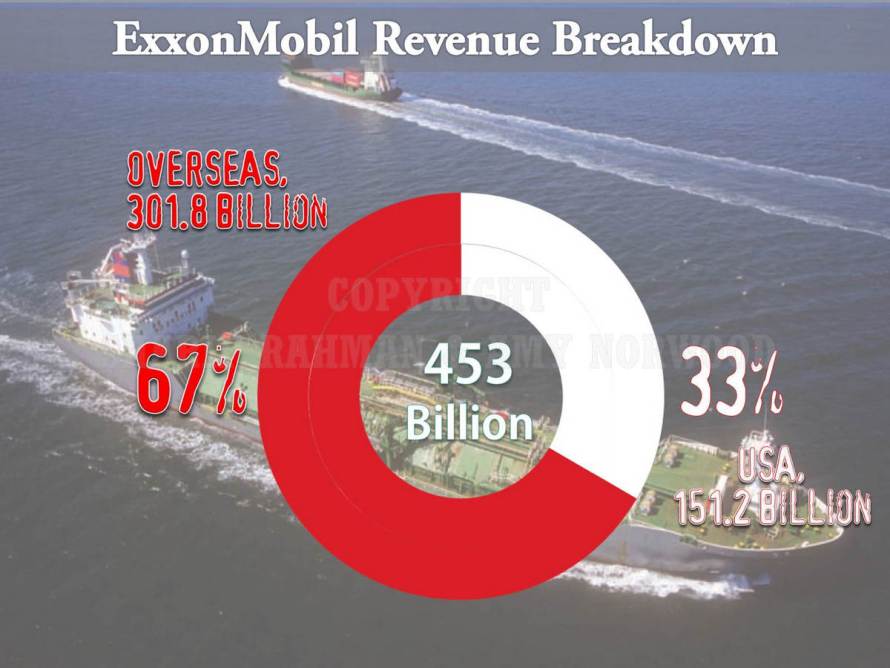 ExxonMobil is definitely a global multinational because only 33% of its sales is derived from America itself. Three hundred billion dollars is collected from overseas. The number is gigantic indeed.